Good Trouble Bucket is a mixed media performance art installation exploring the dynamics around immigration reform, social justice and behaviors that inspire and create lasting change that benefit all.

They had no way of knowing that Congressman Lewis would die just four months later, on July 17, after spending more than 50 years fighting for civil rights, engaging in peaceful protests, and encouraging others to join him in creating “good trouble.” Like countless others, Baron and Martinez-Granados have been inspired by Lewis’ lifetime pursuit of social justice. Recently, they premiered a performative art piece called Good Trouble Bucket, which draws on Lewis’ approach to making change.

They’re working now to expand the project, by creating ways that people can share their own “good trouble” stories while staying safe amid COVID-19 health concerns.

The artists began working together last fall, after Martinez-Granados responded to a competitive call issued by Artlink. The group chose artists to pair with members of its artist council, which include Baron. “I knew right away that I wanted to work with Gloria because her work really resonates with me,” Baron says.

They met several times a week at local coffee shops, the public library, and each other’s homes. And they spent a lot of time walking, having emotional conversations about their personal histories and cultural heritage while moving through desert spaces that helped to inspire the work they made together.

Martinez-Granados drew from her Mexican heritage, and Baron from her Jewish heritage. But they wanted their collaboration to speak to others’ experiences, as well. “We thought about how you take a personal story and turn it into a global story,” Baron says. “As the piece evolved, we got more in touch with the story behind the story.”

That included encountering the work of Martin Luther King Jr. and John Lewis. “The words ‘good trouble’ kept coming up, and became a central focus of our work,” recalls Baron. “The bucket became an emotive object that symbolized positivity and kindness.”

Ultimately, the artists created an installation that incorporated performative elements, including walking together through a labyrinth made with over 200 pounds of dirt. They carried water in the bucket, in part to honor the “good trouble” undertaken by those who leave bottles of water in the desert for migrants crossing the U.S.-Mexico border.

The installation also includes an upside-down bucket, where Martinez-Granados placed copies of her own DACA paperwork, plus other items including ocotillo stems, pieces of rose quartz, candles, strips of newspaper, and ceramic forms. Part of embracing Lewis’ call to action was making Gloria’s DACA situation more public. “We saw this as somewhat risky; however, getting into trouble to right this wrong was important to both of us,” Baron explains. 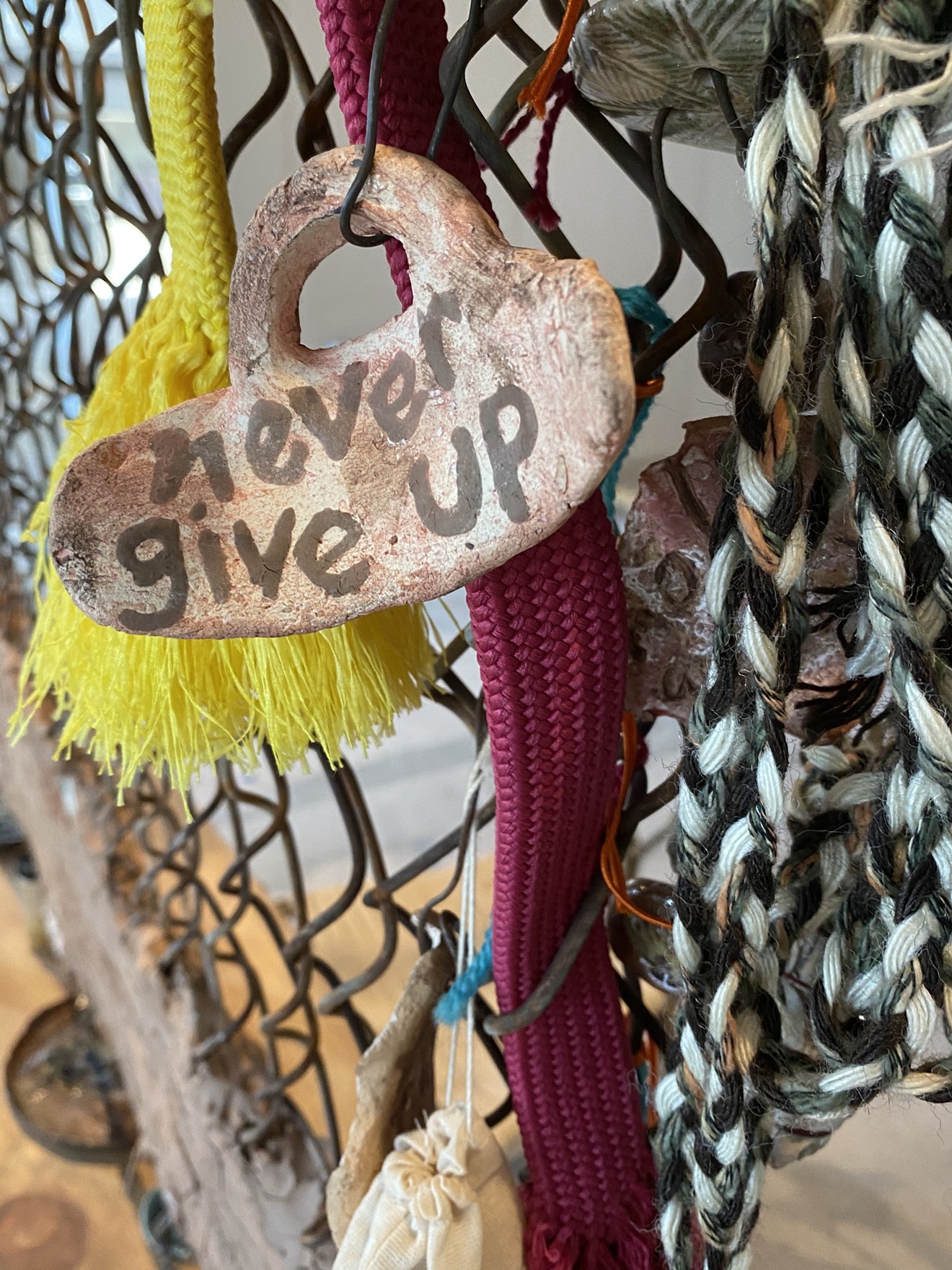 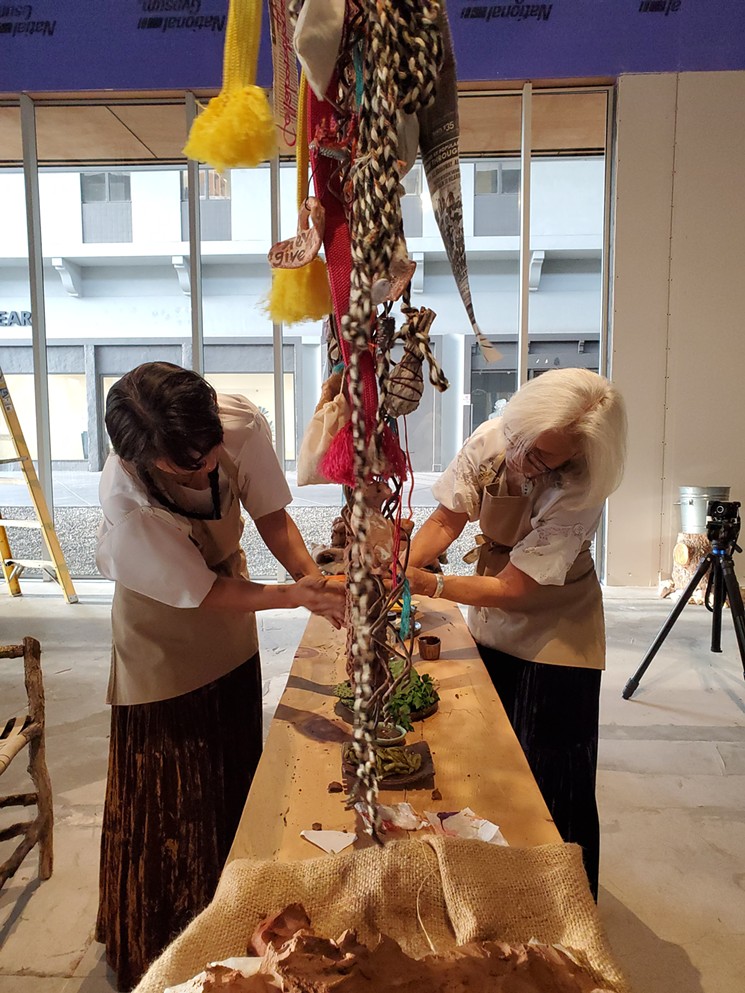 The piece includes a long wooden table as well, placed underneath a large piece of chain link fence suspended from the ceiling. During the performance the artists sit across from each other, passing traditional foods such as sliced pads of prickly pear cactus called nopalitos and an unleavened flatbread called matzah.

The performance concludes with the artists standing on opposite sides of the chain-link barrier, each pounding dark, moist clay into its surface to create a single image of a person lying face up, looking towards the sky. The form is based on photographs the artists took of their own bodies lying on the ground, in part to signal the continuity of the human body with the land and the equality of all people.

They’d planned to perform Good Trouble Bucket with a live audience on March 13 as part of an Artlink exhibition happening inside a cavernous space at Park Central Mall. But most people opted to stay home that night, amid early fears of COVID-19 health risks. Instead, they had a videographer tape their performance so people can view it online.

In recent weeks, they’d talked about making a DVD so they could send a copy of the performance to John Lewis. “We feel like he was with us the whole time,” Baron says of performing the piece. During the video, viewers see both artists talking about the ways Lewis’ work informed their collaboration.

Today, Martinez-Granados and Baron are working on expanding Good Trouble Bucket by adding community components, including performances in outdoor spaces where community members can participate in the piece. They’re also working on ways to engage more people in the project, perhaps by setting buckets in public places, with notes inside about how those who find the buckets can share their own “good trouble” stories.

“John Lewis was all about community and getting things done peacefully,” says Baron. “We don’t want to just talk about getting into good trouble; we want to help others find ways to be more creatively involved in their communities.”